The Friday Four is my weekly post to wrap up the week of things I’m digging, am inspired by, things I’m working on or whatever else has been on my mind during the week

**This post includes some complimentary products and affiliate links** 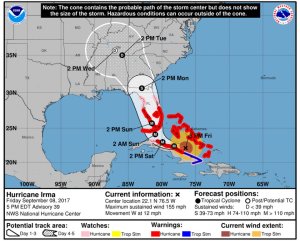 So I’m not as much digging but been thinking about and keeping an eye on Hurricane Irma as it is making its way towards Florida’s coast this weekend. As you have probably seen from the posts where I’ve written about my friends who live down there, I’m nervous of how things will be for them when it happens.

Hurricane Harvey was so devastating to Texas that news of Irma had Floridians scrambling for water- stores sold out last Sunday and there were lines to get some when the next shipment came in. We all saw what can happen and I am so glad so many people are preparing and evacuating. That being said, if anyone is headed north and is in the Chattanooga area, reach out and let me know. I will do whatever I can to help you be comfortable, situated and even entertained. Just say the word and I am there for you!

**This is a complimentary product**

This week, I received my first Influenster box! If you haven’t heard of Influenster, it’s a website that basically totals up your social media pull,  surveys you’ve answered and product reviews and if you’re lucky, you get a box in the mail and you try out the products and share your thoughts on it after you try it (whew that was a long run on sentence).

My first box I received yesterday is an Origins box with some facial products. I won’t spoil my later posts, but yum! This stuff smells amazing! 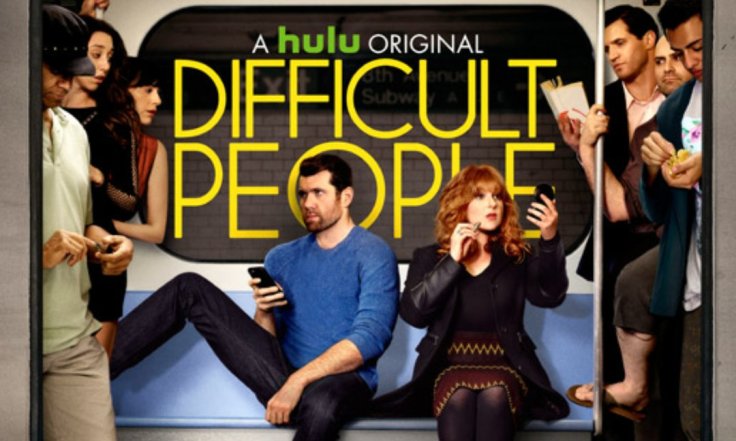 One of the funniest and smartest shows out there isn’t even on tv, it’s on Hulu. Every Tuesday, a new episode of the Julie Klausner, Emmy nominated Billy Eichner show drops and makes me laugh and laugh. The show reminds me of Seinfeld in how the storylines tend to not always makes sense on how they meet up until the very end, but is a little grittier and talks about things that wouldn’t make it on TV (unless it was an HBO type channel or something).

The guest stars are to die for- this week even saw Micky Dolenz (YES that one from the Monkees, slight obsession of mine from being 8 and seeing it on Vh1 and my mom being a big fan growing up) on the episode and hilarious as ever. We joined Hulu for this season of Difficult People and if that doesn’t let you know how much I love it, nothing will.

If you want to try out Hulu, you can check out a free trial with this link & I can possibly get a little kick back!

After putting out the book of the same name, Sophia Amoruso has recently started up version 2.0 of her podcast., Girlboss Radio.  The new version of the show has a little more professional of a feel to it and has some killer guests so far, including Ms. Goop herself, Gwyneth Paltrow. Personal thoughts on Gwyneth or not, it was a very interesting interview, as with every other interview that Sophia does on her show.

She asks the questions about how women have gotten to the point they have in business (spanning entertainment, finance, corporate, etc.) and I always walk away with a little more knowledge and female empowerment after every episode. It’s one of those things where you aren’t sure exactly what you are walking away with, but you know that feeling is there and something good has come from it. For that, I say thank you for your return, Sophia. You are still continuing to help make other women be empowered by sharing those that we may not always see in the spotlight or even know are working hard out there every single day.