The Friday Four is my weekly post to wrap up the week of things I’m digging, am inspired by, things I’m working on or whatever else has been on my mind during the week 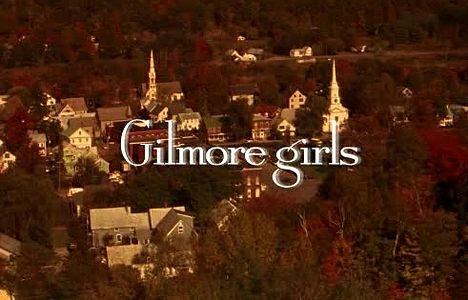 I’ve watched this series all the way through the series once before and have watched bits and pieces of it as it originally aired and on Netflix too. This show is probably my number one ever, too.

The reason I just restarted the series again  and binged almost the entire first season in a weekend is what I’ve been writing about lately: Fall!  The show is set in Connecticut and in the very walkable small town of Stars Hollow and it’s one of the characters along with the rest of the cast. The show doesn’t do a summer season (until the 2016 reboot) so there’s a bunch of leaves changing and first snows in the episodes. Plus it just feels super cozy and warm and I can’t get enough.

Having social media during Hurricane Irma was a wonderful blessing. Most of my friends didn’t lose power until Sunday and I loved being able to see everyone check in and share their updates. It helped me feel so much less worried during the storm and I was so glad to see when each of them checked in.

One nice thing about the one car lifestyle is taking Loss two school twice a week. I usually have a hard time getting going in the morning, but when he goes in, I get up, get coffee going and then come back afterwards to accomplish things. It’s amazing what happens when you get going finally…go figure.

Today marks day 46 of writing daily posts. I’m super proud of the dedication -I didn’t know I could do it, honestly! I was telling my mom how stoked I was to get through most of my 31 Days of Self Care project last month and she pointed out that 3 weeks  equals a habit- so- bam! I’ve got a habit!

Some days I might take ten minutes to write, sometimes an hour or two (I’ve got a huge list post coming up that I’ve already spent two hours on and I’m nowhere near done writing). Regardless of what I’ve written, I’m so excited to share it with you guys and thanks so much for always checking out what I have to say.