2007 is a year that changed my life. I was introduced to Southern Girls Rock and Roll Camp by my friend Heather and jumped in to volunteering at the week long summer camp. During that week of girl power and guitars, photography and zine making, I met a ton of people who would be folks around Murfreesboro (my college town) for the rest of the time I lived there. SGRRC really helped me come out of my shell and start on the journey to have a great confidence and believe in myself. It was a life changer.  That year at SGRRC, I met fellow volunteer, Jessi.

I didn’t know much about Jessi except she was younger than me and in a band with Kelley (one of the camp founders) and Nikki. I’m not sure when I started going to their shows, but let’s just say I saw Those Darlins play quite a few times- from the stage of the Boro bar to a larger stage at a Nashville festival later on. I loved their music and what they stood for and was happy to know these girls.

The band got bigger, toured and changed over time. Eventually they broke up in 2016.  Jessi announced in 2017 that she had cervical cancer. She took the lyrics from a song she had written before and made “Ain’t Afraid” her battle cry. She shared with the world her optimistic mindset and raised a bunch of money crowd funding. The Nashville Scene wrote a wonderful cover story on her and the struggles of her disease and showed the spirit she had. Jessi passed away September 12, 2017 at 28 years old.

Jessi left so much art for us. She had two art shows (one in the midst of her treatments) and even has art on display at Vanderbilt, where she was taking treatments. She wrote so many songs. She put so many smiles on faces. She accomplished so much in 28 years.

We were Murfreesboro acquaintances pretty much, but I count myself lucky to have spent a little time with and seen so much art created by Jessi. I am so happy to know that I still have some Grand Palace posters that she might have designed or simply had her hands on as they were being printed.

There’s one specific Darlins poster that I have framed that is hanging up at my parents house currently. It’s a design that screams Jessi. My plan is to put it in my office when we move next spring and make sure it stays there to bring me the inspiration and to remind me that a girl can do anything she puts her mind to, regardless of her health or gender or anything else.

I apologize if this has turned a little rambley, but this post was one that is a bit daunting and overwhelming and I was dreading writing. Also, I want to make sure that everyone in Murfreesboro or who was in the Boro or who was ever friends with Jessi, please know you are in my thoughts. I have so many amazing memories with so many of you and I wish I was there to just give you a hug.

So there you have it. A memorial post for a girl who was younger than I am and way braver than I’ll ever be. Rest in Power, Jessi Zazu Darlin. 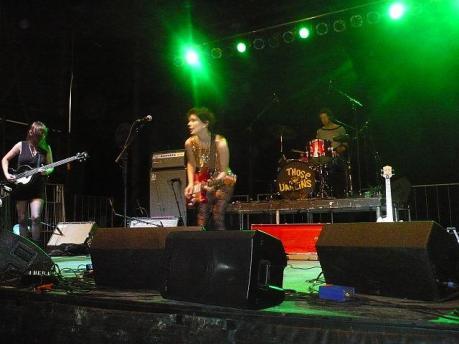